Capacitor as a Discrete-Time Resistor

Prof. Ali has a column called “Circuit Intuitions” in the IEEE Solid-State Circuits Magazine. This time he wrote about capacitor as a resistor, which is quite helpful for me to understand this property recognized by James Clerk Maxwell 140 years ago. In this post, I tried to write down what I’ve learned from this topic.

First, let’s look at Fig.1 and ask oneself the following question: Between (a) and (b), which one is an integrator and which one is a gain stage? 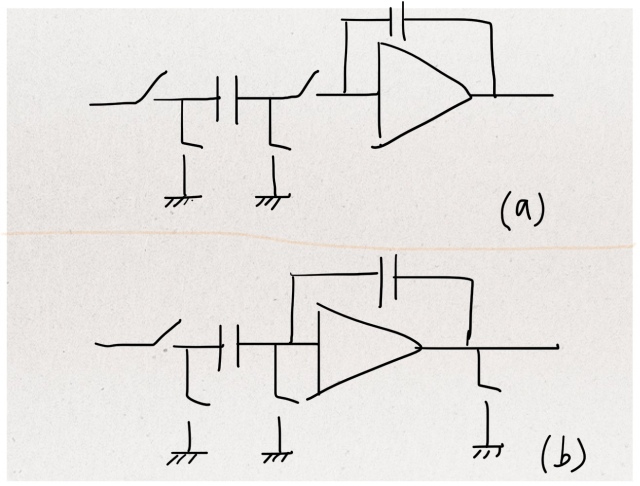 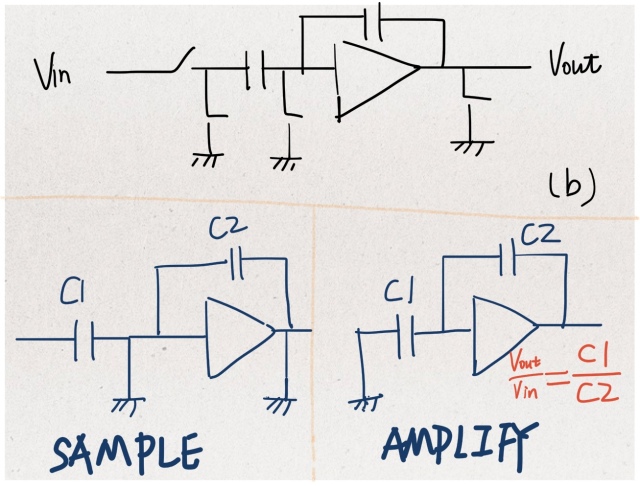 Now it’s time to take a close look at the switched-capacitor part of the integrator. Why does it act like a resistor?

There are several considerations we shall pay attention to:

Knowing the switched-capacitor version of a resistor, Fig.5 gives two types of integrator: the continuous and the discrete. A comparison between the two reveals one of the advantages of the latter: while the product of R and C may have as much as a 10% process variation, the ratio of two capacitances has only a variation within 0.1%. OK. Let’s also be fair to name one disadvantage of the discrete equivalent: it is jitter-sensitive.

Finally, allow me to copy part of Prof.Ali’s summary in the article – “If we view a resistor as an element that transfers charge from one terminal to another at a constant rate, we can implement it using a capacitor and two switches.”

This entry was posted in Analog Design, Circuit Analysis and tagged capacitor as a resistor, discrete-time resistor, switch-capacitor circuit. Bookmark the permalink.